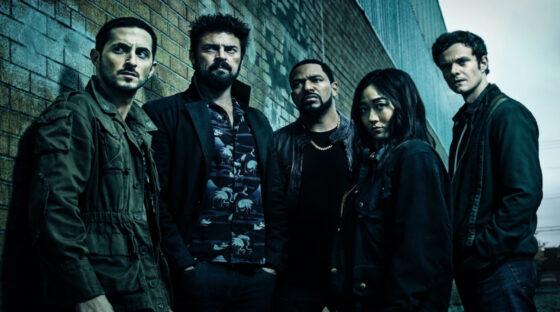 Amazon’s gloriously violent and over-the-top The Boys is back in June for Season 3 on Prime Video.  A year after the events of Season 3, Homelander (Anthony Starr) has been publically apologizing for falling for Nazi supervillain Stormfront, Hughie (Jack Quaid) works for the government and supervises Butcher (Karl Urban) and the rest of the team has been trying to move on to something of a normal life.  When Annie aka Starlight (Erin Moriarty) raises concerns about Homelander’s increasingly insanity and word of a new anti-supes weapon being developed by Vought, The Boys are forced to get their hands dirty again and, in Butcher’s case, taking a special serum that gives him superpowers for 24 hours.  There’s also the return of the original Vought supe, Soldier Boy, played by Jensen Ackles, who is something of the equivalent to Captain America in The Boys universe but twisted and violent as everyone else.  Check out the trailer below.

The Boys Gets Animated with The Boys Presents: Diabolical (Trailer)