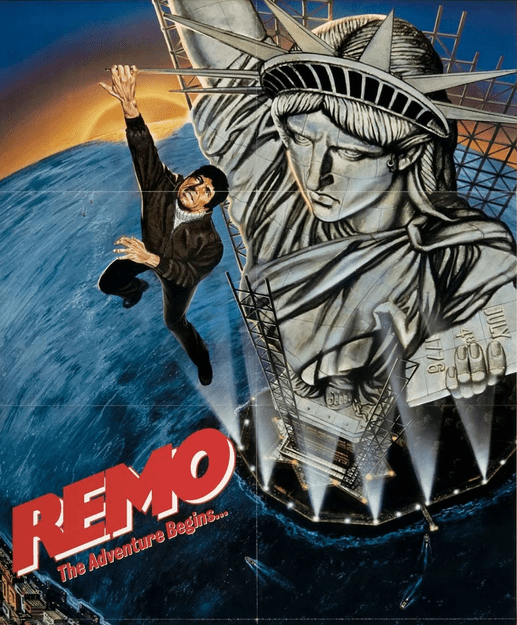 We featured the theme song earlier this week but now you can watch the entire movie Remo Williams: The Adventure Begins, which starred the late Fred Ward.  Based on a series of novels that make up The Destroyer series, Orion Pictures hoped that this first Remo Williams movie would lead to an entire series of movies similar to the James Bond franchise, but with a more blue-collar super spy in Fred Ward/Remo.  The movie was a commercial and critical disaster and any hopes for future movies were dashed.  Remo Williams was a New York street cop and Vietnam War vet named Sam Makin who gets recruited by a secret government agency known as CURE.  As part of his new assignment, Makin’s death is faked and his face is altered to become the assassin and secret agent known as Remo Williams. He trains with martial arts master Chiun, learning the art of Sinanju, which lets him perform feats like running on water and dodging bullets.  The movie was directed by Guy Hamilton, who previously directed the Bond movies Goldfinger and Live and Let Die, and featured some elaborate set pieces, including one involving the Statue of Liberty.  Ward did most of his own stunts, including one on the Wonder Wheel in Coney Island.   You can check out the entire movie thanks to YouTube.

Everything Action Theater: A Force of One