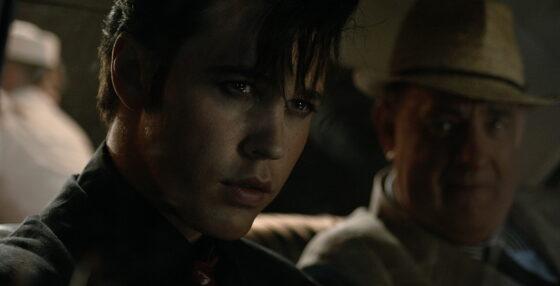 It seems odd that there’s only been 1 movie based on Elvis with the John Carpenter/Kurt Russell TV movie in 1979 but all the spectacle and controversy of the King of Rock and Roll is coming to theaters in June with Baz Luhrmann’s Elvis.  The director who previously brought us Moulin Rouge and The Great Gatsby tells the story of Elvis (Austin Butler) from his humble beginnings to being the biggest star in the world to his tragic final days.  Tom Hanks plays Col. Tom Parker, Elvis’ manager who helps turn him into the King and Olivia DeJonge plays Priscilla Presley.  Luke Bracey, Richard Roxburgh, Helen Thomson, David Wenham, Kodi Smit-McPhee, Kelvin Harrison Jr, and Gary Clark Jr co-star.  The movie will debut at the Cannes Film Festival this week and opens on June 24th in theaters.  Check out the new trailer below.

Elsa Pataky is Under Siege in Interceptor (Trailer)