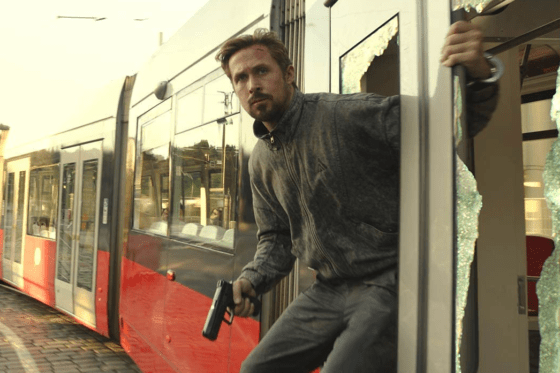 We’re not getting Mission: Impossible – Dead Reckoning Part One until next year but Netflix seems like it has something that can fill that gap with the globe-trotting espionage action of The Gray Man.  Directed by The Russo Brothers, The Gray Man is based on a thriller novel by Mark Greaney and stars Ryan Gosling as former CIA operative Court Gentry aka Sierra Six.  The agency’s most deadly asset, Gentry uncovered incriminating evidence about the program he was involved with, which puts a target on his back and his psychotic former associate Lloyd Hansen (Chris Evans) behind the trigger.  Regé-Jean Page, Ana De Armas, Jessica Henwick, Wagner Moura, Julia Butters, Dhanush, Billy Bob Thornton, and Alfre Woodard co-star.  The movie is the most expensive movie in Netflix history with a budget of around $200 million and from what some of the set pieces look like, it seems like it shows.  The movie will get a limited theatrical release on July 15th before being available on Netflix on July 22nd.  Check out the trailer below.