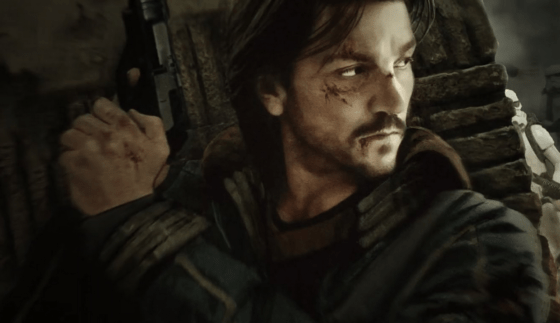 Star Wars Celebration 2022 is officially underway and Disney and Lucasfilm dropped first looks at the upcoming shows Andor and Willow during the opening ceremonies.

Andor debuts on August 31st on Disney+ and stars Diego Luna reprising his role from Rogue One as Rebel spy Cassian Andor.  The show is set prior to Rogue One (for obvious reasons) and will follow the early days of the Rebellion and Andor’s role in it.  Adria Arjona, Stellen Skarsgard, Anton Valensi, Genevieve O’Reilly (reprising her role as the young Mon Mothma), Denise Gough and Fiona Shaw co-star.  It looks like we’ll be following multiple characters, not just Andor, including Mon Mothma’s early career in the Imperial Senate.  Tony Gilroy, who did the re-writes and re-shoots of Rogue One, is executive producing Andor.

Willow is out on November 30th on Disney+ and brings back beloved actor Warwick Davis as sorcerer Willow Ufgood, who joins a new group of adventurers on a quest with the fate of the kingdom of Tir Asleen on the line.  Joanne Whalley is also back from the original movie as the warrior Sorsha and Erin Kellyman, Rosabell Laurenti Sellers, Tony Revelori, Ellie Bamber, Dempsey Byrk and Ruby Cruz co-star.  Ron Howard and Jonathan Kasdan and Wendy Mericle are executive producing the series.  It’s always great to see Davis and this looks like a fun fantasy show that updates the effects while looking like it’s keeping a lot of the elements that made the original movie such a cult classic.