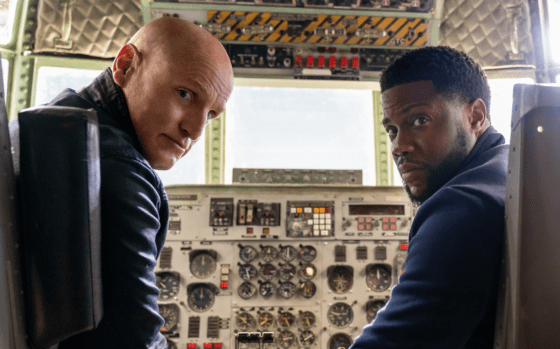 Originally going to hit theaters in August this year, Netflix scooped up the rights to The Man from Toronto, which will now be a Netflix original movie release in June.  Coming from Patrick Hughes, who previously directed The Expendables 3 and two Hitman’s Bodyguard movies, The Man From Toronto stars Kevin Hart as Teddy, who goes to an Airbnb that turns out to be where a mysterious criminal organization is waiting for “The Man from Toronto” (Woody Harrelson) to arrive and torture a target for information.  The FBI arrives and raids the cabin and wants Teddy to continue to pretend to be The Man, but the real Man captures Teddy instead, as Teddy’s screwup now makes his clients believe that Teddy is the real assassin.  Ellen Barkin and Kaley Cuoco co-star and it definitely looks like it has the same vibe as the Hitman’s Bodyguard movies with its mix of constant banter and action.  The movie will hit Netflix on June 24th and you can check out the trailer below.