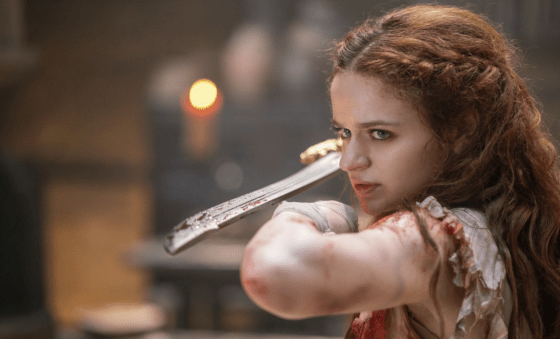 Joey King seems like one of the busiest people in Hollywood between all the teen romance and horror movies she stars in and now she can add fantasy action star to her resume with July’s original Hulu movie, The Princess.  King plays the titular Princess, who is being forced to marry a sadistic suitor, played by Dominic Cooper.  When she refuses the marriage, she’s locked away in the castle and the evil Julius takes her father’s throne by force.  However, the Princess is not some helpless damsel, and she manages to fight her way out and gets ready to battle to save her family and her kingdom.  The movie co-stars Olga Kurylenko and Veronica Ngo and it’s directed by Le-Van Kiet, who previously directed the martial arts movie Furie and killer shark movie The Requin.  The Princess is out on July 1st on Hulu and you can check out the trailer below.