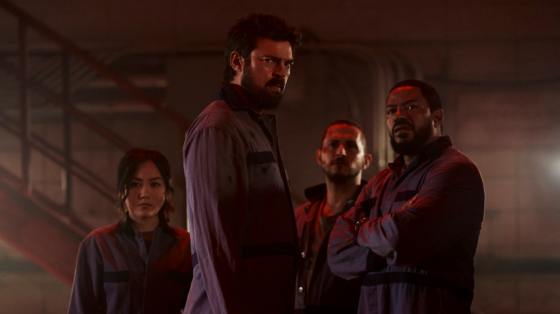 Butcher and The Boys are back this Friday when Season 3 begins on Prime Video and Amazon released a recap of key moments from the previous seasons to refresh on what’s already happened.  Lots has happened since Hughie Campbell’s (Jack Quaid) girlfriend was exploded by superhero A-Train (Jessie T. Usher) and he joined up with the vigilante group The Boys, led by the diabolical Billy Butcher (Karl Urban).  Season 2 found The Boys unraveling the truth about Stormfront (Aya Cash), a secret Nazi who became romantically involved with Homelander (Anthony Starr) while Butcher learned that his wife Becca (Shantel VanSanten), who he believed was dead, was actually alive and he was determined to break her out of the Vought facility she was being kept hidden in with her son Ryan.  There were also the shady dealings of Vought and the violent deaths of many of the allies of The Boys who were trying to help them expose Vought.  Check out the video from Amazon below and get ready for Season 3 of The Boys Friday (6/3) on Prime Video.

The Boys Are Back for More Supes Mayhem in June (Trailer)