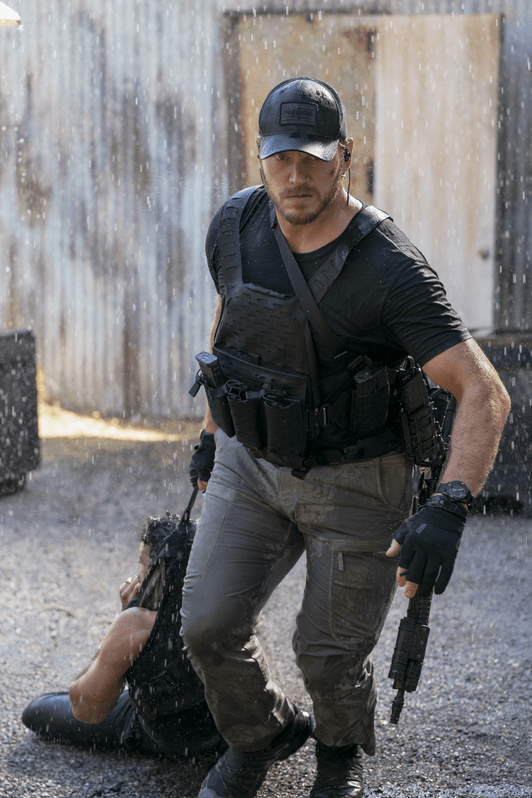 While he’s battling dinosaurs this weekend in Jurassic World: Dominion, Chris Pratt is looking for revenge for a mission gone bad in The Terminal List.  Pratt plays Navy SEAL James Reece, the only survivor when the rest of his squad is wiped out.  With conflicting reports on what happened and dealing with PTSD and a head injury that is causing hallucinations and other mental issues.  Realizing that his team was set up, Reece creates a list of those responsible and sets out to take them down one by one.  Taylor Kitsch, Jai Courtney, Riley Keough, Constance Wu, Jeanne Tripplehorn, JD Pardo, LaMonica Garrett, and Patrick Schwarzenegger co-star, and the series was developed and directed by Antoine Fuqua, based on a novel by Jack Carr.  The series arrives on Prime Video on July 1st and you can check out the new trailer below.