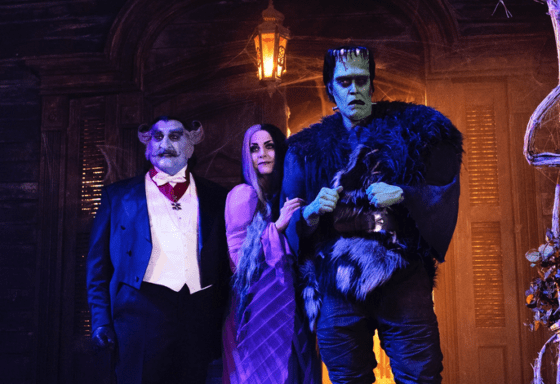 After being a life-long fan and trying to get a movie version made for decades, Rob Zombie’s dream project is finally on the way with his spin on The Munsters.  The iconic 60’s TV show is coming to theaters and Peacock later this year with Jeff Daniel Phillips playing Herman, Sherri Moon Zombie playing Lily, Daniel Roebuck playing Grandpa, Richard Brake playing Dr. Henry Augustus Wolfgang, Jorge Garcia playing Floop, Sylvester McCoy playing Igor and Cassandra Peterson playing Barbara Carr.  Along with directing, Zombie wrote the movie as well and it’s going to be a more family-friendly movie than his prior gritty horror movies more in line with the original sitcom.  The first teaser pays homage to the show’s opening credits and you can check it out below.