Here’s the movie and TV news you need to know from the past week, it’s the News Shotgun:

Duke Nukem movie in development: The team behind Cobra Kai is working on a movie version of video game icon Duke Nukem for Legendary.  Josh Heald, Jon Hurwitz, and Hayden Schlossberg are signed on to produce the movie, with one of them potentially directing as well, and a screenwriter is currently being searched for.  Paramount tried to get a Duke Nukem movie underway with John Cena about four years ago or so but that stalled out and this is a completely new attempt at adapting the game series to a movie.

The Boys renewed for Season 4: Four episodes into the current third season, Amazon has renewed The Boys for a season 4.  The show is up 17% in viewership over Season 2 and has strong critical and fan reception, making its renewal something of a no-brainer.  The show has gotten two spin-offs, the animated anthology The Boys Presents: Diabolical and an upcoming show set in a Vought International-run college for supes.

First Look at The Last of Us TV show:  The first official photo of Pedro Pascal and Bella Ramsey in The Last of Us HBO series was revealed during the Summer of Games event, which also revealed that original voice actors Ashley Johnson and Troy Baker will appear on the show in “major roles” that obviously aren’t Ellie and Joel like they voiced respectively in the games. 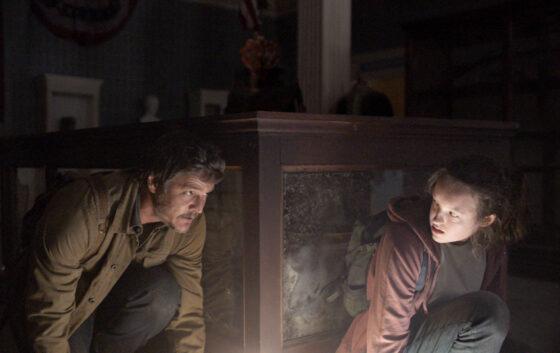 Becky 2 in development: Lulu Wilson is returning for a sequel to 2020’s Becky, which found a young girl battling convicts that took over her father’s lakefront home.  The original movie featured Kevin James playing against type as the ruthless leader of the criminals.  The sequel, Becky 2: The Wrath of Becky, will feature Becky back and up against the leader of a fascist group, led by Seann William Scott.  Matt Angel and Suzanne Coote are writing and directing the sequel.

Joker sequel script is finished: Todd Phillips revealed that the script for a sequel to Joker is finished and it just comes down to WB officially signing a deal with Joaquin Phoenix to return as Arthur Fleck.  The sequel to Joker is titled Joker: Folie à deux, the subtitle being a medical condition that affects two or more people.

Julia Garner is up for Madonna in an upcoming biopic: Madonna is the next big music icon to get the biopic treatment and Ozark breakout Julia Garner is apparently in talks to star as the pop legend.  Madonna herself is going to direct the movie and there was a lengthy audition process that also included Florence Pugh, Odessa Young, Sky Ferreira, Bebe Rexha, and Alexa Demie.

Apple getting new Joseph Kosinski movie: After the monster success of Top Gun: Maverick currently in theaters and Spiderhead coming to Netflix soon, Apple has snatched up another upcoming Joseph Kosinski movie, an untitled F1 racing movie starring Brad Pitt.  The movie follows Pitt, who comes out of retirement to compete alongside a hotshot rookie on the F1 racing circuit. Ehren Kruger, who wrote Top Gun: Maverick, wrote the script for this movie as well.

Tokyo Vice renewed for Season 2: HBO Max has renewed Tokyo Vice for a second season.  The show follows Ansel Elgort as an American reporter working for a Japanese newspaper and reporting on the criminal underworld of Tokyo, especially the Yakuza.  Ken Watanabe co-stars as a cop who works with Elgort’s reporter.  Michael Mann directed the first episode and is a producer on the series.

Fargo Season 5 gets main cast: Another season of Noah Hawley’s Fargo is on the way and the three main cast members were revealed.  Jon Hamm, Juno Temple, and Jennifer Jason Leigh will star in the new season, which will be set in 2019 after last season’s foray back to 1950s Kansas City and its premise has the cryptic clue of “when is a kidnapping, not a kidnapping, and what if your wife isn’t yours?”.  The new season will be on FX and the next day on Hulu but a release date hasn’t been revealed yet.

Neve Campbell not returning for Scream 6: The Scream franchise is losing its central character for the upcoming sixth entry as Neve Campbell won’t be back as Sidney Prescott.  Campbell revealed that she felt the offer she got to return for the sixth movie, “…did not equate to the value I have brought to the franchise”.  Campbell is currently co-starring in The Lincoln Lawyer on Netflix and will also be in the Twisted Metal Peacock series.  For Scream 6, Jenna Ortega, Melissa Barrera, Jasmin Savoy Brown, and Mason Gooding are all returning as the characters introduced in this year’s fifth movie and Hayden Panettiere will be back as Kirby Reed from Scream 4.