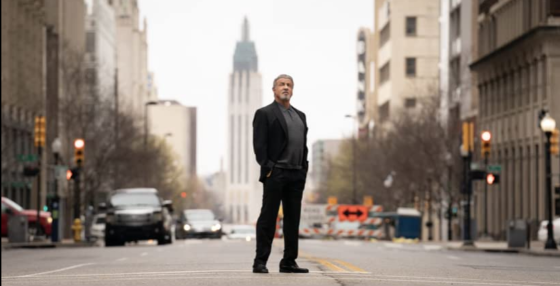 One of the patron saints of Everything Action is making his dramatic TV series debut in November with Paramount+’s Tulsa King.  Coming from Taylor Sheridan, who is basically behind a huge chunk of Paramount+’s original programming between 1883, Mayor of Kingstown, and more upcoming Yellowstone spin-offs, Tulsa King finds Stallone as Dwight Manfredi, an Italian mobster who is recently released from prison after 25 years.  His mob bosses exile him to Tulsa to oversee their operations there and Dwight decides to assemble his own crew and try to build his own midwest criminal empire.  Andrea Savage, Martin Starr, Max Casella, Domenick Lombardozzi, Vincent Piazza, Jay Will, A.C. Peterson, and Garrett Hedlund co-star.  The series begins on November 13th and you can check out the teaser below.

Beavis and Butt-Head Travel Space and Time on Paramount+ (Trailer)