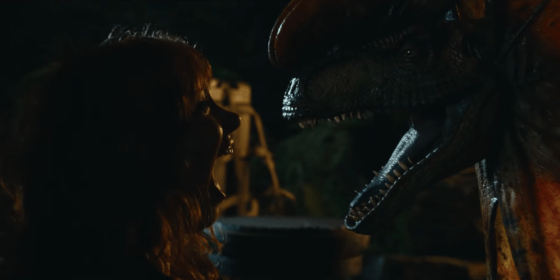 Pixar returned to theaters for the first time since Onward back in 2020 but Lightyear came up short and couldn’t top Jurassic World: Dominion, which remained in first place.

Jurassic World: Dominion fell 60% from last weekend’s opening and took in another $58.6 million.  It currently has $249.7 million domestic and $624.6 million worldwide so far, which makes it the fourth biggest movie of 2022 domestically and worldwide.

Lightyear opened to second place with $50.5 million domestic and $34.6 million internationally, for $85.2 million so far worldwide.  Lightyear’s opening puts it between Coco and Ratatouille for Pixar but the predictions going into the weekend were putting it closer to the $70 million range of The Incredibles and Finding Nemo.  The premise may have confused some moviegoers with its “real” story of Buzz Lightyear but it did get a solid A- Cinemascore, so we’ll have to see what its hold this coming weekend is or if a large chunk of the audience is waiting for Disney+.

Top Gun: Maverick took third place with another $44 million, having an absurdly small drop of 15% in its fourth weekend of release.  It has made $466.1 million domestic and $885.1 million worldwide, making it the second biggest movie of 2022 worldwide behind Doctor Strange in the Multiverse of Madness, which has just over $942 million worldwide.  Top Gun: Maverick has topped Doctor Strange at home and is the biggest movie domestically for 2022 so far.

Doctor Strange and The Bob’s Burgers Movie rounded out the top 5.

Jurassic World: Dominion took the Per Theater average again this weekend as well with $12,489 in each of the 4,697 theaters it played in.