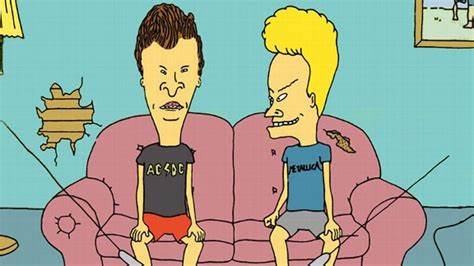 Beavis and Butt-Head are back this week on Paramount+ with the release of Beavis and Butt-Head Do the Universe, although it’s not clear if any musical guests like Cher will show up, who teamed up with the boys in 1993 for a new version of her song “I Got You Babe”.  Released as the first single from The Beavis and Butt-Head Experience, the song was a standout outlier from the other songs on the album, which came from the likes of Anthrax, Nirvana, Aerosmith, Megadeth, and more.  The entire album was a massive success, one of the fastest-selling comedy albums of all time and going 2x Platinum.  For the music video, which was in regular rotation on MTV, Beavis and Butt-Head visit a “virtual reality karaoke” kiosk and are transported to a psychedelic world where they meet and sing along with Cher to the song, who appears in live-action.  Check out the video below.