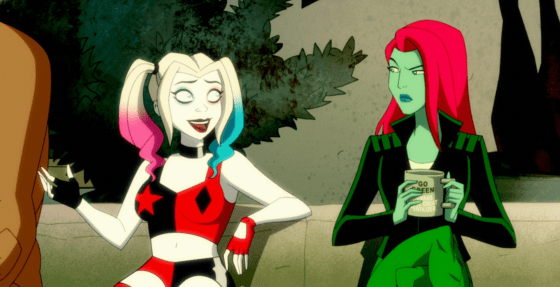 HBO Max’s fantastic and hilarious DC animated series Harley Quinn is finally back next month after two years away.  At the end of Season 2, Harley (Kaley Cuoco) and Ivy (Lake Bell) finally confessed their true feelings for each other and rode off into the sunset.  Back in Gotham after their “Eat. Bang! Kill. Tour” around the world, the ladies get their gang back together, which includes King Shark (Ron Funches), Clayface (Alan Tudyk) and Frank the Plant (JB Smoove), and try to complete Ivy’s lifelong dream of overrunning the city with plants.  Meanwhile, Harley’s ex, The Joker (also Alan Tudyk) is back and seemingly up to some new scheme and there’s the whole wacky world of DC characters that the show has set up as well.  Season 3 starts on July 28th and you can check out the trailer below.