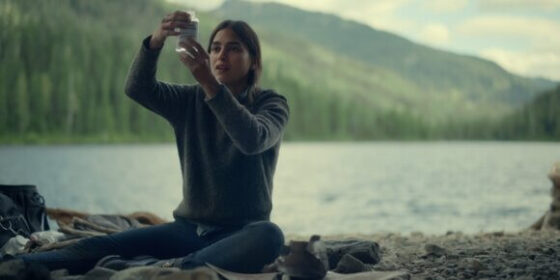 She survived Ghostface earlier this year in Scream but Melissa Barrera has to take on the inhospitable Canadian wilderness in the upcoming Netflix survival drama Keep Breathing.  Barrera stars as Liv, who is the sole survivor of a small plane crash in the wilderness.  With no way to contact help and limited supplies, Liv has to figure out how to survive and reach help while battling her inner demons.  Jeff Wilbusch, Florencia Lozano, Juan Pablo Espinosa, and Austin Stowell co-star and the show was created by Martin Gero and Brendan Gall, who were previously behind Blindspot.  The limited series drops on July 28th and you can check out the trailer below.

The Stranger Things Gang Goes to War with Vecna in Season 4 Vol. 2 (Trailer)