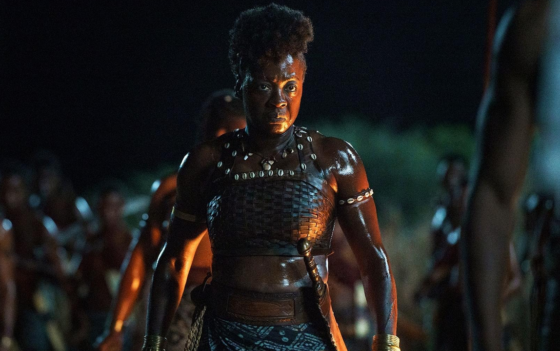 Based on true events, Viola Davis plays the ferocious General Nanisca in September in The Woman King.  Set in the 1800s in the African Kingdom of Dahomey, Nanisca convinces the king, Ghezo (John Boyega), to build up the ranks of their female warriors, the Agojie, to be ready against the threat of the Europeans, who are pushing into and conquering the continent.  Thuso Mbedu plays Nawi, a young recruit who enters the Agojie training.  Lashanna Lynch, Sheila Atim, and Hero Fiennes Tiffin co-star and The Old Guard director Gina Prince-Bythewood is at the helm.  It looks like a pretty badass historical action epic and if you’re thinking it looks similar to the Dora Milaje from Marvel/Black Panther, it’s because the Agojie was one of the inspirations.  The Woman King is out on September 16th and you can check out the trailer below.