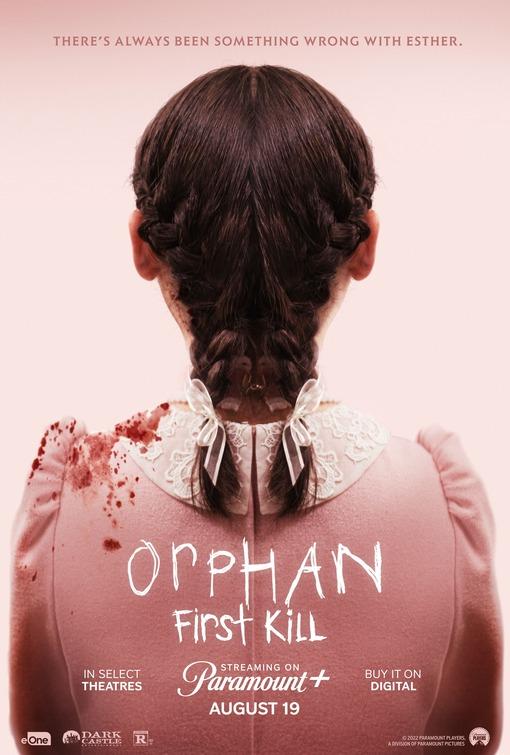 Isabelle Fuhrman is back as the murderous Esther in a prequel to 2009’s Orphan, Orphan: First Kill.  After escaping from an Estonian mental hospital, Leena Klammer aka “Esther” takes on the identity of a missing girl from a wealthy American family.  Julia Stiles plays the mother of the family, Katie Mauerova, who slowly becomes convinced that they have not gotten their actual daughter back while her husband, played by Rossif Sutherland, believes she’s just being paranoid.  Fuhrman is playing Esther again through a mix of makeup and forced perspective along with having two younger actresses as body doubles.  William Brent Bell, who directed both The Boy movies and The Devil Inside and Stay Alive, is directing Orphan: First Kill, which will be in select theaters, digitally and on Paramount+ on August 19th.  Check out the trailer below.

Visit the Worst AirBnB Ever in August in Barbarian (Trailer)