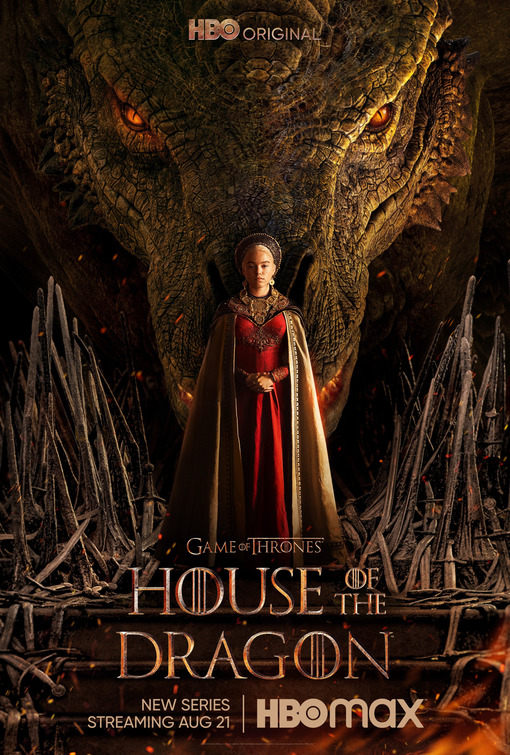 HBO is returning to Westeros in August with the prequel series House of the Dragon.  Set 200 years before Game of Thrones, the series is set during the reign of King Viserys I Targaryen (Paddy Considine).  King Viserys must face the question of who will succeed him on the Iron Throne but the two main choices, his brother Prince Daemon (Matt Smith) or his daughter Rhaenyra (Emma D’Arcy) both want the throne and will throw the kingdom into a civil war if they have to (and they will).  Olivia Cooke, Steve Toussaint, Eve Best, Fabian Frankel, Sonoya Mizuno, and Rhys Ifans co-star, and the show is being run by Ryan J. Condal, who previously worked on Colony for USA.  George RR Martin is obviously producing as well.  Hopefully, the show will bring Game of Thrones back to its former glory and we’ll find out on August 21st when the show debuts on HBO/HBO Max.  Check out the new full trailer below.

Return to Westeros in August with House of the Dragon (Trailer)