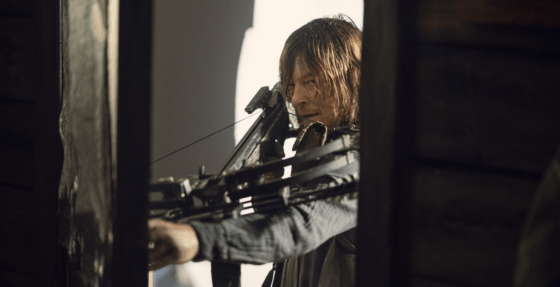 After 11 seasons, The Walking Dead is coming to an end in October this year, but there’s more of the universe on the way much sooner with the anthology series Tales of the Walking Dead in August and both shows got new trailers at SDCC.  The main series has 8 more episodes before things wrap up (and move on to the spin-off shows) as Daryl, Carol, Negan, Maggie, Aaron, Ezekiel, and the rest of the gang have to battle the ever-present scourge of hordes of undead while also facing off against The Commonwealth, a seemingly safe society full of pre-apocalypse comforts but with a rotten core hidden beneath the surface.  The third part of the final season debuts on October 2nd on AMC.

New sides of The Walking Dead are getting explored sooner with the debut of Tales of the Walking Dead on August 21st.  This is an anthology series telling 6 different stories and featuring stars like Terry Crews, Anthony Edwards, Jessie T. Usher, Daniella Pineda, Parker Posey, Olivia Munn, and Samantha Morton, who returns to play Alpha in what is most likely more origin story of her brutal character.