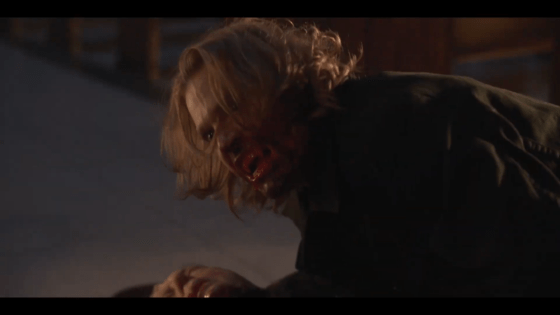 If you’ve been watching stuff like Better Call Saul on AMC, you’ve probably seen some short teasers for their upcoming reboot of Anne Rice’s Interview with the Vampire and now the full trailer is out from SDCC 2022.  Jacob Anderson, previously of Game of Thrones, stars as Louis de Pointe du Lac (played by Brad Pitt in the movie version), who encounters the vampire Lestat (Sam Reid) while living in New Orleans, who turns Louis into a vampire, like himself.  Tom Cruise played Lestat in the 90s movie.  Bailey Bass and Eric Bogosian co-star.  Anne Rice’s son Christopher Rice is executive producing the series, based on the first book in his mother’s Vampire Chronicles series, along with Rolin Jones and Mark Johnson.  A second Rice adaptation, Lives of the Mayfair Witches, is coming to AMC as well.  Check out the trailer for Interview with the Vampire below and the series premieres on October 2nd on AMC.