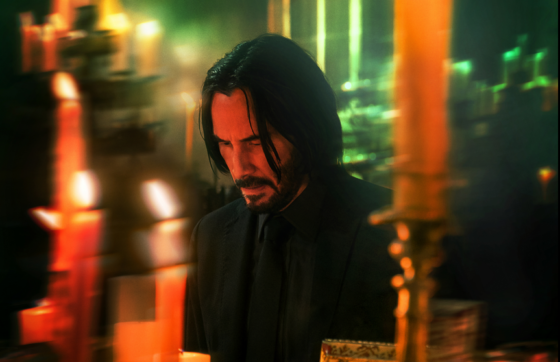 Keanu Reeves is back to take on the entire world as John Wick when Chapter 4 in one of the greatest action franchises of all time arrives in March 2023.  After the events of Chapter 3: Parabellum, John was exiled from everything related to The Continental and the High Table but was rescued by The Bowery King (Laurence Fishburne), and the pair were preparing to go to war.  After recovering, it looks like John is going to take on the entire assassin underworld, including the likes of Bill Skarsgard and Donnie Yen.  Hiroyuki Sanada, Shamier Anderson, Scott Adkins, and Clancy Brown are co-starring along with the returning Lance Reddick and Ian McShane. Chad Stahelski is back to direct and the action looks as unbelievably awesome as ever, including a sword/gun duel between Keanu and Donnie Yen and Keanu going to town on goons with nunchucks.  John Wick Chapter 4 is out on March 24th, 2023 and you can check out the first trailer below.