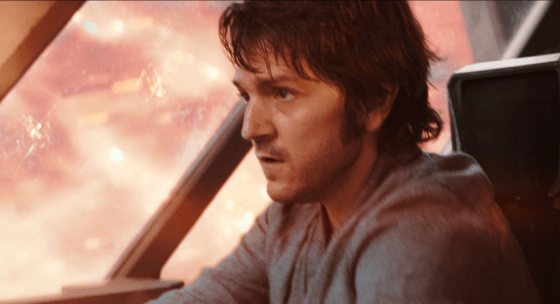 Diego Luna returns as Cassian Andor for the prequel to the Star Wars prequel, Rogue One, Andor, which hits Disney+ in September.  Following Cassian from a young boy when the Empire destroys his home planet to his recruitment into the Rebellion, the show shows the early days of the Rebellion as scattered cells of resistance begin to form into a more unified fight against the Empire.  Forest Whitaker is back as Saw Gerrara and Genevieve O’Reilly, who played Mon Mothma in Revenge of the Sith and Rogue One, back playing the character in Andor, who puts on a false front in the Imperial Senate but is secretly one of the driving forces behind the Rebellion.  Stellan Skarsgard, Adria Arjona, Denise Gough, Kyle Soller, and Fiona Shaw co-star.  Tony Gilroy, who co-wrote Rogue One, is showrunning Andor and wrote 5 of the show’s 12 episodes.  Andor begins with a 3 episode premiere on September 21st and you can check out the new trailer below.