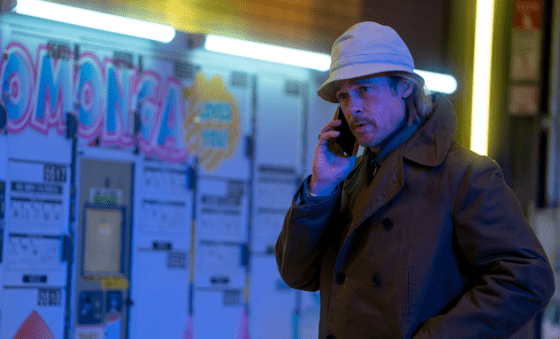 Bullet Train took in $30 million over the weekend domestically and $62.4 million worldwide.  It’s nowhere near where David Leitch’s entries in the Deadpool and Fast & Furious franchises opened but it is around double what his last non-franchise movie, Atomic Blonde, made in its opening weekend, which was $18.2 million.  For Brad Pitt, this opening sits between Ocean’s Thirteen and The Curious Case of Benjamin Button but behind some of his other recent blockbusters like Once Upon a Time in Hollywood and World War Z.

DC League of Super Pets dropped to second place and lost about 52% from its opening last weekend.  The movie took in another $11 million, which puts it at $44.9 million domestic and $83 million worldwide.

Nope dropped to third with another $8.5 million, bringing it to $97.9 million domestic and still no international release.  It’s just outside the top 10 domestically for 2022 at #12.

Thor: Love and Thunder and Minions: The Rise of Gru rounded out the top 5, although Minions just barely held off Top Gun: Maverick by slightly over $100,000, knocking Top Gun: Maverick out of the top 5 for the first time since it debuted at the end of May.

Speaking of Top Gun: Maverick, it’s currently at $662.5 million domestic and $1.35 billion worldwide.  On the all-time domestic chart, it has surpassed Titanic to become the 7th highest grossing film ever.  It is also the 13th highest-grossing film of all time worldwide.

Further down the list, the weekend’s only other new release, Easter Sunday, opened in 8th place with $5.4 million

The Per Theater average went to Bodies, Bodies, Bodies, the new A24 film, which took in $37,776 in each of the 6 theaters it played in over the weekend.  It is opening wide this coming weekend.