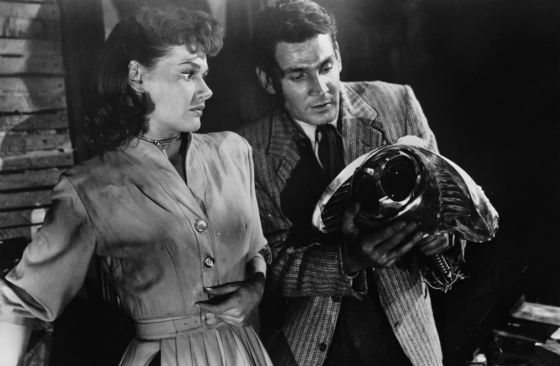 There have been many versions of HG Wells’ classic The War of the Worlds throughout the years but one of the most enduring and critically beloved is the 1953 version, which you can watch for the latest Everything Action Theater.  Directed by Byron Haskin, the movie starred Gene Barry and Ann Robinson as the main duo trying to survive the invasion of the Earth by Martians and their war machines. While it shared some plot points with the original novel, it differed significantly as well, especially with the central romantic relationship.  The movie was acclaimed for its, at the time, revolutionary special effects, especially the design and implementation of the Martians and their war machines.  The movie won the Oscar for Best Visual Effects, although it was the only nominee that year, though even with other competition it probably still would have come out on top.  The movie is considered one of the greatest sci-fi movies ever made, is preserved in the National Film Registry, and received a 4K restoration for The Criterion Collection.  You can watch the entire movie below thanks to YouTube.

Everything Action Theater: The Bridge on the River Kwai