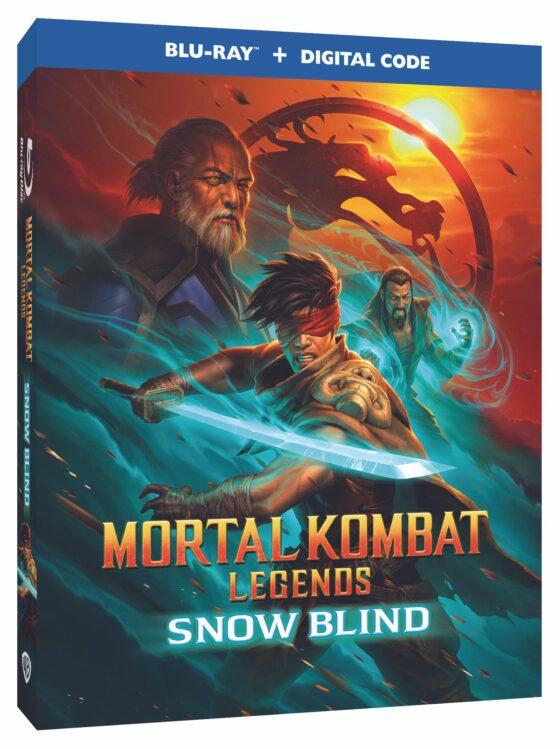 The animated Mortal Kombat Legends movies have been some of the best adaptations ever for Mortal Kombat and another entry in the series arrives in October with Mortal Kombat Legends: Snow Blind.  Kenshi is the spotlight this time around, voiced by Manny Jacinto, whose village is overrun by the evil Kano (David Wenham) and his army of mercenaries.  When he refuses to bow to them, Kenshi is defeated and cast out, blinded and lacking the confidence he once had.  He comes across a magical sword and the retired master warrior Kuai Liang (Ron Yuan) and trains to get his redemption and free his village.  Patrick Seitz, Artt Butler, Debra Wilson, Imari Williams, Yuri Lowenthal, and Courtenay Taylor co-star with Rick Morales, who directed the previous two Mortal Kombat Legends movies, directing Snow Blind.  It seems like this going to be more of an Elseworlds take on MK but I also didn’t really play any of the games with Kenshi so I’m not sure if this is close to the plot of one of those games in the series.  MK Legends: Snow Blind is out on Digital on October 9th and on 4K and Blu-Ray on October 11th.  Check out the trailer below.

Mortal Kombat Returns in August With Battle of the Realms (Trailer)