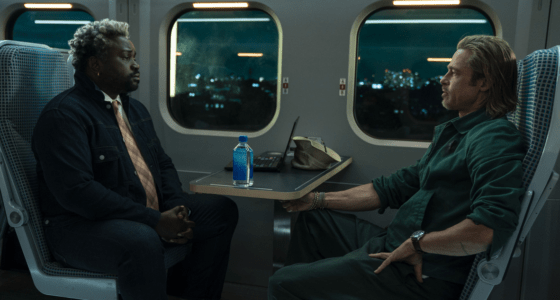 Bullet Train took in another $13.4 million, bringing it to $54.4 million domestic and $114.4 million worldwide.  That $13.4 million is the lowest gross for a #1 movie since February when Death on the Nile opened in first place with $12.9 million.

Top Gun: Maverick leaped back into the top 5 after dropping to sixth place last weekend.  It was back in IMAX and other premium format theaters along with regular theaters for a new “Fan Appreciation” version of the movie with special behind-the-scenes features.  Maverick took in $7.1 million and has made over $673 million domestic and $1.378 billion worldwide.  It is on track to pass Avengers: Infinity War and become the sixth biggest movie of all time domestically and, if it can top $700 million, it will surpass Black Panther and become the fifth biggest movie domestically of all time.  Adjusted for inflation, Top Gun: Maverick is the 21st biggest movie of all time domestically, between The Dark Knight and Grease.

DC League of Super Pets dropped down to third place with another $7 million.  It has $58.1 million domestic and $109.5 million worldwide

Nope and Thor: Love and Thunder rounded out the top 5, with the former finally opening in some international markets but only pulling in $6.3 million so far, putting its most domestic-powered worldwide total to $113.9 million.

The Per Theater average went to Free Chol Soo Lee, a documentary playing in one theater where it made $21,008 for the weekend.