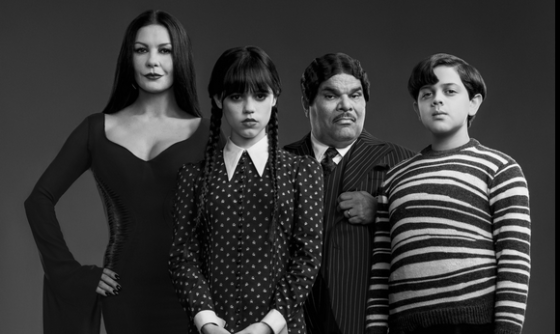 The Addams Family returns to live-action after the last two animated movies with Wednesday on Netflix.  Produced and directed by Tim Burton, Wednesday stars Jenna Ortega in the title role as Wednesday keeps getting expelled from various high schools and her parents, Morticia (Catherine Zeta-Jones) and Gomez (Luis Guzman), decide to send her to Nevermore Academy, the school that they attended and fell in love at.  While at Nevermore, Wednesday begins to realize she has psychic abilities and uncovers a supernatural mystery that involves her family.  There’s also some sort of person or creature going on a killing spree in the nearby town.  Jamie McShane, Gwendoline Christie, Joy Sunday, Emmy Myers, Isaac Ordonez, Riki Lindhome, Thora Birch, and Percy Hynes White co-star with OG Wednesday Christina Ricci appearing as well.  The show will have an eight-episode first season that debuts later this year and you can check out the trailer below.

The Sandman Comes to Netflix in August (Trailer)