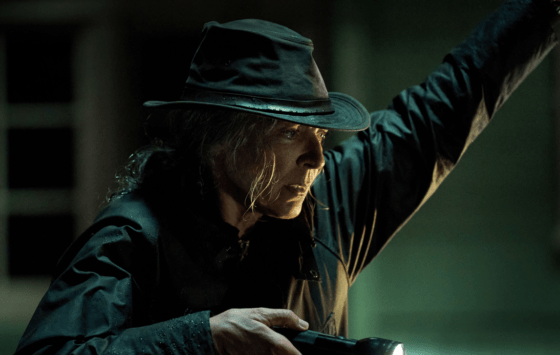 Following on the heels of Bob Odenkirk as an unlikely action badass, Allison Janney is ready to snap necks and kick ass in Lou, coming to Netflix in September.  Janney plays a loner with a mysterious past who lives alone in the woods with her dog.  Her neighbor, played by Jurnee Smollett, seeks out her help when her daughter is kidnapped.  As the women follow the kidnappers’ trail, they realize there might be more going on than just a kidnapping.  Logan Marshall Greene, Greyson Holt, Matt Craven, Toby Levins, and Marci T. House co-star with Anne Foerster, who directed Underworld: Blood Wars along with episodes of Westworld, Outlander, and Criminal Minds, is directing.  The movie is out on September 23rd and you can check out the trailer below.