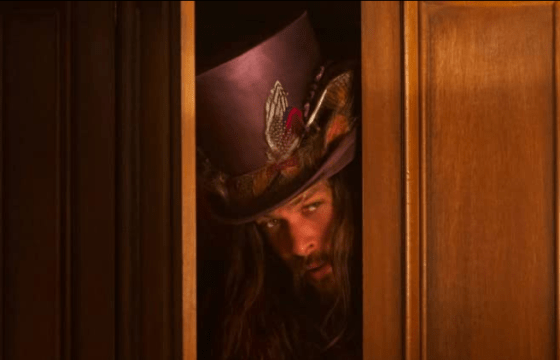 If you check out the trailer for Slumberland, the new family adventure movie coming to Netflix in November, and think it seems familiar, it’s because it’s a remake/reimagining of Little Nemo.  Based on the original story by Winsor McCay, Slumberland stars Marlow Barkley as Nema, who finds herself in Slumberland and teams up with an outlaw named Flip (Jason Momoa) for a chance to see her late father again.  Kyle Chandler plays Nema’s father and Weruche Opia, India de Beaufort and Chris O’Dowd co-star.  The movie is directed by Francis Lawrence, who directed the latter Hunger Games movies and Constantine.  It looks like it has a lot of the classic Little Nemo imagery, including the bed that walks on giant legs, but there’s a huge bar set by the late 80s/early 90s animated movie, so we’ll have to see how this new version stacks up.  Check out the trailer below.