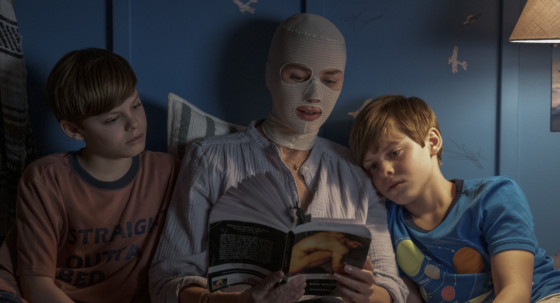 A remake of the critically acclaimed Austrian horror movie from 2014, Goodnight Mommy is coming to Prime Video in September.  Naomi Watts stars as a woman who is recovering after getting facial reconstruction surgery.  Her twin boys, Elias (Cameron Crovetti) and Lucas (Nicholas Crovetti) arrive at her home but the twins begin to suspect that something is wrong and that this might not actually be their mother.  Matt Sobel, who directed episodes of Brand New Cherry Flavor on Netflix, is directing the remake.  The original was submitted for Oscar contention as Best Foreign Language film but was ultimately not selected.  Goodnight Mommy hits Prime Video on September 16th and you can check out the trailer below.

Return to Middle-Earth with The Lord of the Rings: The Rings of Power (Trailer)