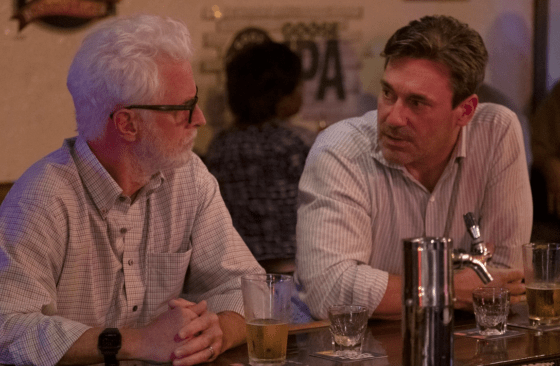 It’s been over 30 years since Chevy Chase last played Fletch in 1989’s Fletch Lives but Jon Hamm is now picking up the mantle of Irwin M. “Fletch” Fletcher in September’s Confess, Fletch.  Turned onto a case of art theft by his friend Frank (John Slattery), Fletch begins to investigate but finds himself as the prime suspect for murder and has to figure out who actually committed the crime to avoid going to prison for a long time.  There’s a colorful group of suspects, including Marcia Gay Harden, Annie Mumolo, and Kyle Maclachlan.  I’m not sure if it’s closer to the style of the books on which all the Fletch movies are based, but there feels like a weird lack of energy to this new version of Fletch, and it doesn’t seem particularly funny either.  Jon Hamm has been hilarious before and director Greg Mottola previously directed movies like Superbad, but something just feels off here.  It also doesn’t have the costumes and fake identities that Chase brought to his turn as Fletch.  Confess, Fletch is out on September 16th in both theaters and on Digital and you can check out the trailer below.