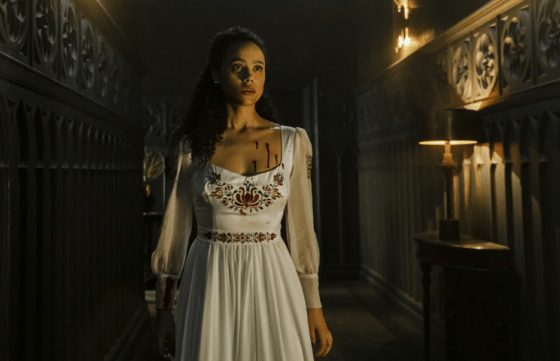 As Summer 2022 winds down, it was another incredibly slow weekend at the box office thanks to a dearth of truly massive blockbusters, which let The Invitation take the top spot.

The Invitation took in $6.8 million over the weekend, which is below even the modest expectations of around $8 million that was predicted for the weekend.  It was also below the similar Ready or Not, which took in just over $8 million around basically the same time frame back in 2019.  As far as vampire movies go, The Invitation’s opening puts it between Vampire in Brooklyn and Cirque du Freak.  The movie barely opened internationally and pulled in another $1.6 million, bringing its worldwide total to $8.4 million.

Bullet Train returned to second place after dropping to third last weekend with another $5.6 million, bringing it to $78.2 million total domestic and $173.6 million worldwide.  It has surpassed the domestic and worldwide total of David Leitch’s Atomic Blonde but it’s definitely not going to get anywhere close to his big blockbusters Hobbs & Shaw and Deadpool 2.

Beast dropped to third in its second weekend with $4.9 million, which is a drop of 58% from last week’s opening.  It has $20 million domestically and $36.1 million worldwide.

Top Gun: Maverick and Dragon Ball Super: Super Hero rounded out the top 5, with Dragon Ball falling from first last week to fifth this week with a massive 78% drop off and another $4.5 million, which brings it to $30.7 million.  Top Gun: Maverick, meanwhile is up to $691.2 million domestic and over $1.4 billion worldwide.  It is now the 6th biggest movie of all time domestic and the 12th biggest movie of all time worldwide.

Three Thousand Years of Longing opened in seventh place with $2.8 million, which is the lowest wide opening for director George Miller and a pretty huge step down from Mad Max: Fury Road, which opened to over $45 million back in 2015 and went on to make over $367 million worldwide.

Disney’s re-release of Rogue One took the Per Theater average with $4,314 in 255 theaters.  The movie came back to select theaters to promote the debut of Andor next month.