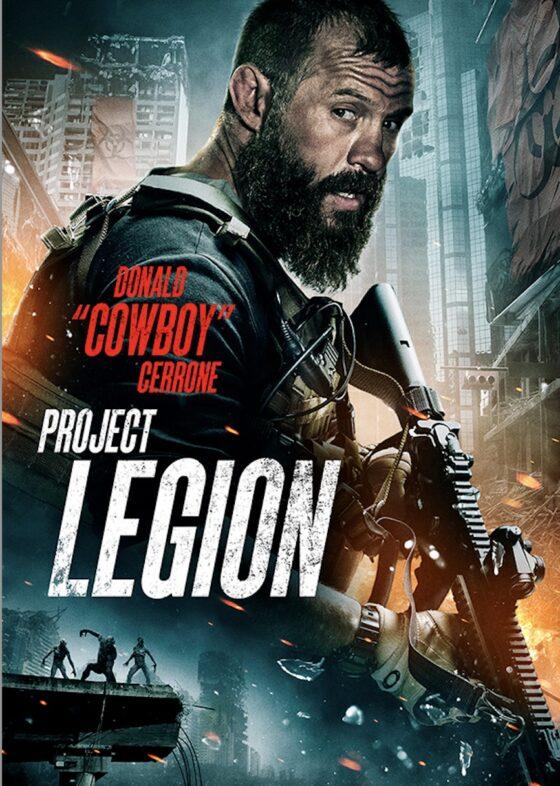 He’s had a supporting role in some movies and TV shows but Donald “Cowboy” Cerrone is taking center stage in the upcoming action thriller Project Legion.  Cerrone plays Greg Rourke, a Marine who barricades himself in his apartment when feral, demonic-looking creatures appear and start destroying humanity.  The creature design look interesting, as they aren’t the typical vampires or zombies but the movie does seem like it definitely has I Am Legend vibes and it will be interesting to see if Cerrone can carry the entire movie for what seems like the majority of the movie by himself.  The movie is directed by Lance Kawas, who previously directed the movie Good Thief, and Project Legion is out in select theaters on October 7th and On Demand and Digital on October 11th.  Check out the trailer below.