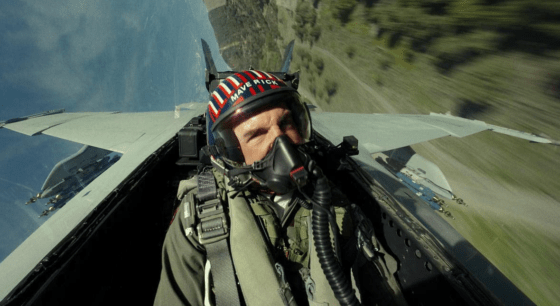 Although Sony claimed victory on Sunday for Spider-Man: No Way Home, with the actual numbers out, Top Gun: Maverick returned to the #1 spot at the box office 15 weeks after it opened in May over a slow Labor Day weekend, despite multiple movies getting a boost by National Cinema Day.

Top Gun: Maverick took in another $6 million over the weekend, boosted by Saturday’s National Cinema Day where most of the major movie theater chains offered every show, every format for $3.  Top Gun: Maverick saw an increase of 27% from the previous weekend’s gross, where it was fourth place.  The movie now is over $700 million domestic and it has over $1.4 billion worldwide.  It has passed Black Panther and is now the 5th highest-grossing movie of all time domestically and the 12th highest-grossing movie of all time worldwide.

Bullet Train remained in second place and also got a National Cinema Day boost, increasing 2% from last weekend and making another $5.7 million.  That brings it to $86.2 million domestically and just over $197 million worldwide.

The re-release of Spider-Man: No Way Home, as mentioned above, was originally claimed by Sony to have taken the top spot at the box office over the weekend but it actually took third with $5.3 million.  This version of the movie had new and extended scenes and it brings the movie’s theatrical gross to $810.1 million domestic and $1.9 billion worldwide.

DC League of Super-Pets and The Invitation rounded out the top 5.  Super Pets also seems to have benefitted from National Cinema Day with a 22% increase from last weekend and another $5 million while The Invitation slipped to fifth place after taking first place in its opening last week.  Despite the slip, it only dropped 29% from last weekend, which is extremely low for a horror movie, and took in another $4.8 million, bringing it to $13.8 million domestic and $18.4 million worldwide.

The Per Theater average went to Loving Highsmith, a documentary about author Patricia Highsmith, that played in one theater and took in $6,800 for the weekend.