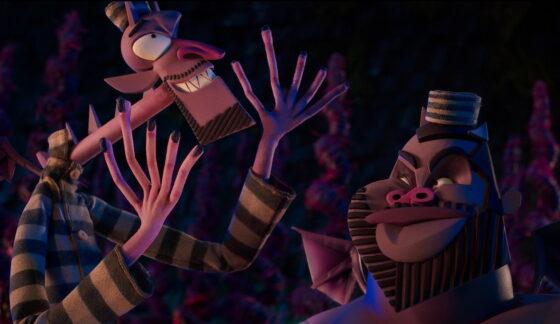 Director Henry Selick, who previously brought us The Corpse Bride, A Nightmare Before Christmas, and Coraline, is back with Wendell & Wild on Netflix.  Featuring Jordan Peele and Keegan-Michael Key in the title roles, the duo is a pair of demons who are haunting troubled teen Kat (Lyric Ross).  Angela Bassett, Ving Rhames, and James Hong co-star.  The movie definitely has Selick’s trademark style, with what looks like some of Jordan Peele’s style mixed in, as Peele is a producer on the movie and also helped write the script.  Wendell & Wild debuts on October 28th on Netflix and you can check out the trailer below.