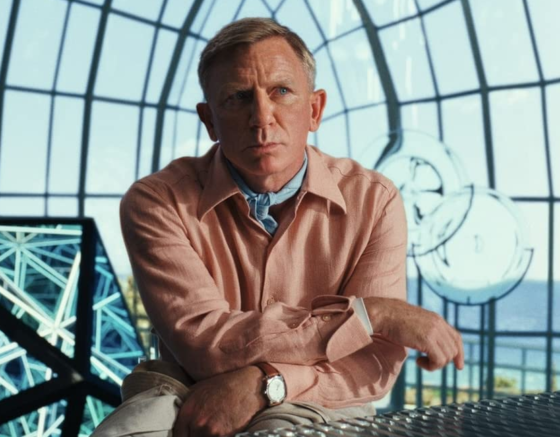 Daniel Craig’s southern fried private eye is back in December for the sequel to Knives Out, Glass Onion.  Rian Johnson returns to write and direct and this time Blanc is in Greece to investigate a mystery surrounding a tech billionaire and the various guests he’s invited to his private island.  Edward Norton, Kathryn Hahn, Janelle Monae, Dave Bautista, Leslie Odom Jr, Jessica Henwick, Madelyn Cline, Kate Hudson, and Ethan Hawke co-star as the cast of new suspects.  It seems like a similar tone to Knives Out, although it’s not clear if it will put as unique a spin on the mystery movie as its predecessor, which revealed who killed the main victim almost immediately and then spent the rest of the movie seeing if she could stay one step ahead of Blanc.  Glass Onion: A Knives Out Mystery will open in theater in November and then debut later on Netflix on December 23rd, check out the trailer below.