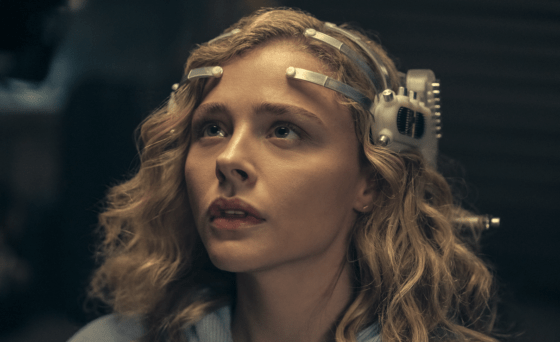 After four seasons (and maybe more?) of Westworld, Jonathan Nolan and Lisa Joy are bringing their techno-thriller style to Amazon with The Peripheral.  Based on the Willam Gibson novel of the same name, Chloe Grace Moretz stars as Flynne Fisher, who lives in a small town with seemingly no future.  A chance for extra money comes along in the form of participating in a VR game working security for rich clients but she learns that the future London of the “game” is actually reality 70 years in the future and a link has somehow been formed between the two times.  Jack Reynor, Gary Carr, Eli Goree, Charlotte Riley, JJ Feild, Adelind Horand, Alexander Hernandez, Austin Rising, and T’Nia Miller co-star.  Vincenzo Natali, the director of Cube and Split, is directing at least the first episode and is a producer along with Nolan and Joy.  The series begins on Prime Video on October 21st and you can check out the trailer below.

A Horror Classic Gets Rebooted with Suspiria (Trailer)