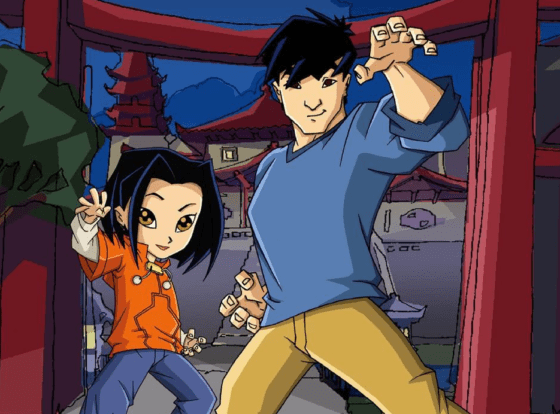 Jackie Chan got animated in the early 2000s when Jackie Chan Adventures aired on Kids WB.  Jackie played a fictionalized version of himself, who was an archaeologist and secret agent.  Working with his niece Jade (Stacie Chan) and Uncle (Sab Shimono), the trio traveled the globe trying to recover 12 mystical talismans, one for each sign of the Chinese zodiac.  An evil group called the Dark Hand is also after the talismans and if they collect them before Jackie, they could take over the world.  The show was full of magic and mystical creatures along with Jackie’s trademark fighting style and Jackie appeared in live-action in episodes to answer interview questions and other segments and many episodes featured references to Jackie’s movies or real life.  The show was a massive success, lasting for five seasons and getting re-aired on Jetix and Cartoon Network, and also getting a line of toys and two video game adaptations.  You can watch the first episode “The Dark Hand” below thanks to the Throwback Toons channel, which has just started releasing the episodes weekly on their channel.

Everything Action Theater: The Forbidden Kingdom