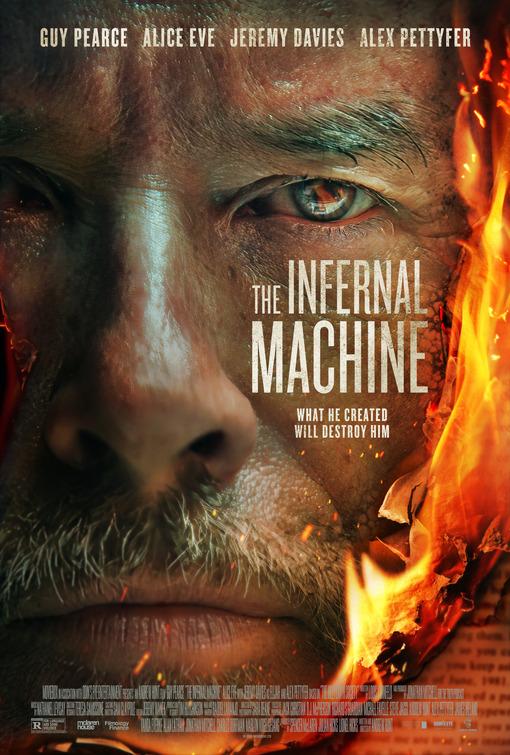 Guy Pearce is a reclusive author who is drawn out by an obsessive, and potentially dangerous, fan in the upcoming thriller, The Infernal Machine.  Pearce plays Bruce Cogburn, who became infamous for the controversial bestseller The Infernal Machine.  Believing there were hidden messages in the book, a killer, Dwight Tufford (Alex Pettyfer) went on a shooting spree and now Cogburn is getting letters and phone calls from an obsessive fan who may be planning on following Tufford’s footsteps or doing something sinister to Cogburn himself.  Alice Eve, Jeremy Davies, and Ivy Cayatte co-star, and the movie was written and directed by Andrew Hunt, who previously directed a number of short films and the movie Miles Between Us.  The Infernal Machine is out in select theaters and On Demand on September 23rd and you can check out the trailer below.