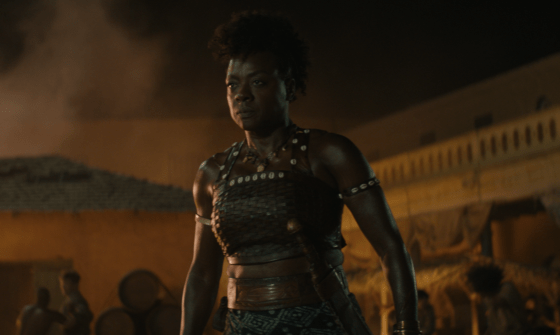 The Woman King easily took the top spot at the box office with almost $20 million for its opening weekend and fantastic word of mouth.

The Woman King had $19 million for the weekend domestically and has not opened anywhere internationally yet.  It’s the fifth-best opening for Viola Davis between The Help and Widows and the best opening for director Gina Prince-Bythewood, although her last big blockbuster was the Netflix exclusive The Old Guard, so there’s obviously no box office for that release.  The Woman King got an A+ Cinemascore, so opening day audiences absolutely loved what they say and it will probably have extremely strong word of mouth going into this upcoming second weekend.

Barbarian dropped to second place with another $6.3 million, bringing it to $20.9 million for two weeks out. It only dropped 40% from last week’s opening, which is a fairly strong hold for a horror movie, as they usually plummet 60-70% in their second weekends.  Word of mouth is strong for Barbarian just like The Woman King and it will probably remain strong as we move closer to October.

Pearl opened in third place with $3.1 million, which is slightly below what X opened to back in the spring of this year but it is director Ti West’s second-best opening of all time, as only X and Pearl have opened wide for his career.

See How They Run and Bullet Train rounded out the top 5.  See How They Run was softer than expected and definitely well below other big murder mystery movies released recently, like Kenneth Branagh’s Murder on the Orient Express and Death on the Nile and Knives Out.  There are more murder mysteries on the way on the small and big screen, so we’ll have to see if this particular one just didn’t interest people or if there’s some burnout on the genre.

Further down the list Moonage Daydream, the David Bowie documentary, opened in tenth place with $1.2 million in 170 theaters, which was a strong debut for the small number of theaters it played in.  It topped the release of The Beatles Get Back: The Rooftop Concert back in January and was boosted by most of its theaters being IMAX theaters, with a premium ticket price.

The Per Theater average went to the documentary Casablanca Beats, which took in $25,596 in one theater over the weekend.