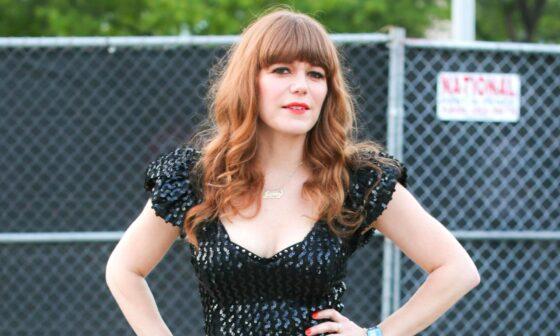 Starting out as a child actor in the 80s in movies like The Wizard and Troop Beverly Hills, Jenny Lewis transitioned in the mid-90s to music and became a beloved indie rock singer/songwriter, performing in bands like Rilo Kiley and The Postal Service as well as a solo career.  Coming off her third solo album, The Voyager, “She’s Not Me” was the third single off that album and features a music video with tons of easter eggs and references to her past roles.  Lewis herself directed the music video and it features some of her famous friends like Fred Armisen, Zosia Mamet, Leo Fitzpatrick, Feist, and Vanessa Bayer as they pay homage to The Wizard, Troop Beverly Hills, and even Lewis’ guest roles on TV shows like The Golden Girls.  The album was extremely well received back in 2015, making it to #5 on the Billboard Top Rock chart and #2 on the Top Alternative Chart.  Check out the video below.