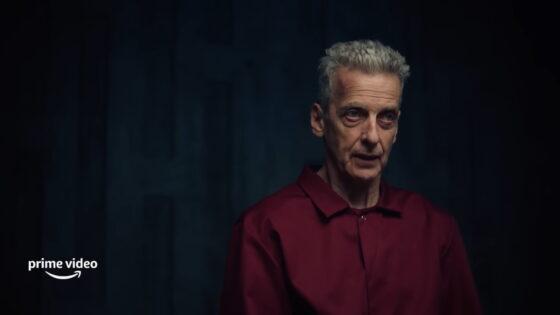 Coming to Prime Video from Steven Moffatt and Tom Moran, who previously worked on shows like Doctor Who, Sherlock and Dracula, The Devil’s Hour is a serial killer thriller with seemingly sci-fi elements.  Peter Capaldi stars as Gideon, who is seemingly a Hannibal Lecteresque prisoner.  Jessica Raine plays Lucy Chambers, a woman who wakes up every night at 3:33 AM, during “the Devil’s hour” of 3 am to 4 am, and seemingly has visions of a serial killer that killed her neighbors.  There seems like there could be time travel or alternate universes as well.  Nikesh Patel, Meera Syal, Alex Ferns, and Phil Dunster co-star.  The Devil’s Hour will be six episodes and debut on Prime Video on October 28th, check out the trailer below.