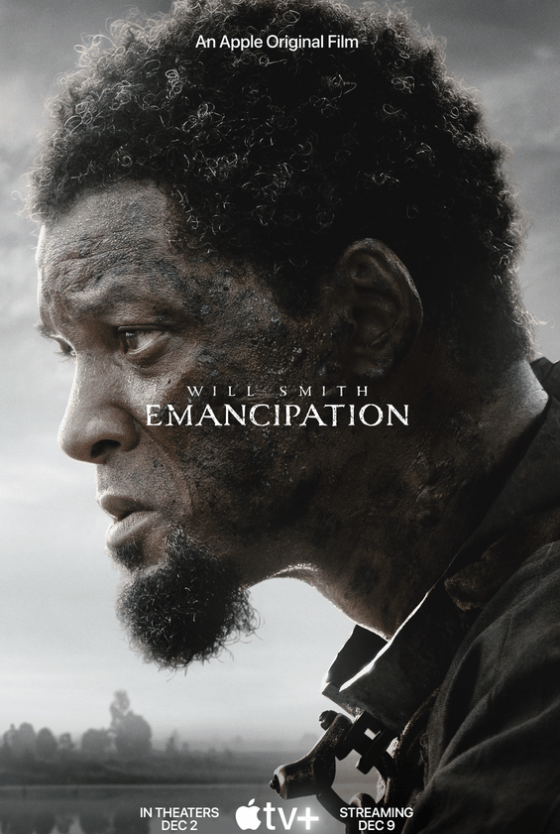 In his first major project since the Oscars fiasco earlier this year, Will Smith is a runaway slave who eventually joins the Union Army during the Civil War in Emancipation.  Smith plays “Whipped Peter”, who became famous when photographs of his heavily scarred back were used by abolitionists to showcase the cruelty of slavery.  From his plantation in Louisanna, Peter had to navigate the deadly swamps and bayous, full of alligators and other dangers, to reach the Union Army, while also having slave hunters on his trail.  Ben Foster, Steven Ogg, Charmaine Bingwa, Mustafa Shakir, Gilbert Owuor, and Grant Harvey co-star.  It definitely looks like an intense movie, with Fuqua using an extremely desaturated look that almost makes it black & white.  Emancipation is out in theaters on December 2nd and then streams on Apple TV+ on December 9th.  Check out the trailer below.