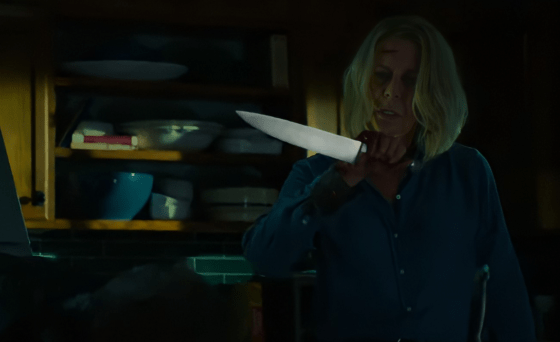 The “final” chapter in the Halloween saga took the top spot at the box office, although its the lowest opening entry for this new Halloween trilogy that began in 2018.

Halloween Ends took in $40 million over the weekend and over $56 million worldwide.  It’s the lowest opening for this new trilogy from director David Gordon Green, with 2018’s Halloween taking in over $76 over its opening weekend and Halloween Kills making just over $49 million at this same time last year.  The word of mouth is not great for Ends, with a C+ Cinemascore that could mean we could see it nosedive next weekend, especially up against the first huge blockbuster in seemingly forever, Black Adam.

Fellow horror movie Smile remained strong in second place, only dropping another 32% with another $12.5 million, bring it to $71.3 million domestic and just under $138 million worldwide.

Lyle, Lyle Crocodile dropped to third place with another $7.4 million, but it also had a fairly strong hold and only dropped 35% from last weekend’s opening.  It now has $22.7 million domestic and $26.6 million worldwide

The Woman King and Amsterdam rounded out the top 5.  Amsterdam dropped 55% from last weekend with another $2.8 million, bringing it to $11.9 million domestic and $18.4 million worldwide.  There were reports last week that the movie is probably going to lose Disney/Fox somewhere in the neighborhood of $100 million due to it’s poor performance.

The Per Theater average went to Decision to Leave, the latest movie from Korean master Park Chan-wook, which made $32,067 in each of the 3 theaters it was playing in over the weekend.