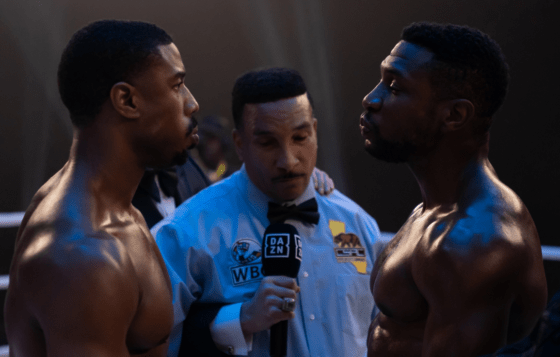 After taking on a ghost of Rocky’s past in the form of Ivan Drago’s son Viktor in Creed II, Adonis Creed (Michael B. Jordan) faces his own past when his former friend Damian Anderson (Jonathan Majors) is released from prison and wants to take back what he believes should have been his life.  Picking up sometime after Creed II, Adonis has been living the life of a world champion with his wife Bianca (Tessa Thompson) and running his own boxing gym.  Damian, fresh from prison, is someone who used to run with Adonis back in the day and believes that he’s a better fighter, hardened by his time in jail and that he deserves to have everything Adonis has, setting up a marquee boxing match between the two.  Phylicia Rashad, Wood Harris, Tony Bellew, and Florian Munteanu, reprising his role of Viktor Drago, co-star, and Michael B. Jordan is making his directorial debut along with starring in the film.  Majors looks like a great adversary, with some barely contained, unhinged rage bubbling below the surface.  There’s no Stallone this time but hopefully, Creed III can firmly establish a brand-new entry in the franchise.  The movie is out on March 3rd of next year and you can check out the trailer below.