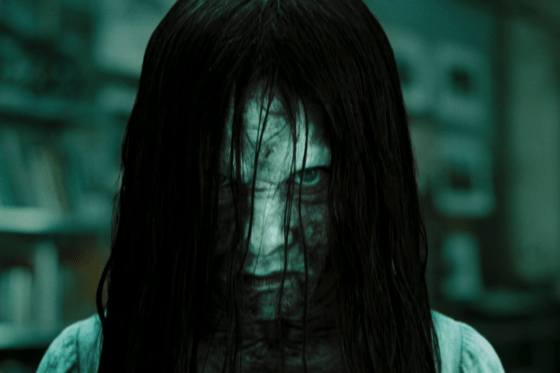 Origins: Born in the 1970s to Evelyn Osario, Samara had innate supernatural powers that seemed to drive Evelyn insane, as she tried to drown Samara in a fountain outside the hospital they were staying at.  A group of nuns stopped her and got Samara adopted by Richard and Anna Morgan.  As she grew up, her powers became more and more powerful and she was unintentionally burning gruesome imagery into her parents’ minds.  Seeing a psychiatrist, Samara’s powers seem to begin driving her psychotic as well, as she kills the family’s group of horses by compelling them to run off a cliff.  Eventually, at Shelter Mountain Inn, Anna suffocates Samara with a garbage bag and throws her in a well.  Samara tried to escape the well but died of hypothermia.  She was transformed into a vengeful, zombie-like ghost that creates a cursed VHS tape, dooming anyone who watches to be killed by Samara after 7 days.

Powers: Can burn horrific imagery into animals and human minds, which can drive them insane or cause them to kill themselves.  Teleportation, Psychokinesis, “Death Staring” which can disfigure the victim’s face and kills them, and control of water.