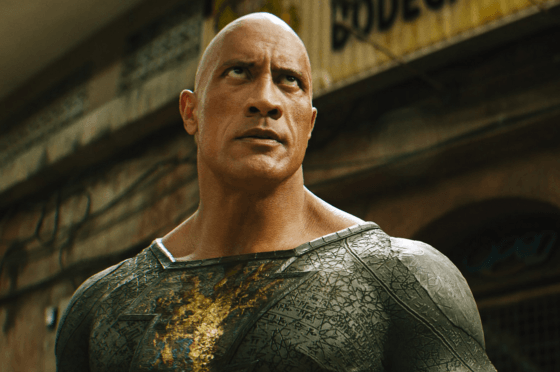 Giant blockbusters finally returned to theaters this past weekend with Black Adam, which was one of the best openings ever for Dwayne Johnson.

Black Adam made $67 million over the weekend and another $75.7 million internationally for a worldwide gross so far of $142.7 million.  Black Adam is the fourth-best opening overall for star Dwayne Johnson, behind The Fate of the Furious, Fast and Furious 6, and Fast Five.  If consider The Rock is more of a supporting character in the Fast franchise, then Black Adam is the best opening as the lead actor, which was previously Hobbs & Shaw.  For the DCEU, Black Adam is right on par with Aquaman, which made $67.8 million in 2018 and it’s the best opening since Aquaman.

Trying to counter-program, the romcom Ticket to Paradise opened to $16.5 million.  That’s four times what Bros opened to a few weeks ago, which was the last big romantic comedy.  Ticket to Paradise was rated PG-13, so that definitely helped increase the audience that could see it compared to Bros hard R rating.  Ticket to Paradise has been open outside of the domestic market for weeks now and it has a current worldwide total of $98.8 million.

Smile took third place with $8.4 million and dropped another 33% from last weekend.  The movie now has $84.4 million domestically and just under $167 million worldwide.  Fellow horror movie Halloween Ends suffered a catastrophic failure in its second weekend, taking fourth place and dropping 80% from last weekend’s opening.  Halloween Ends took in $8 million, bringing it to $54.1 million domestically and $82.3 million worldwide.  There is a fairly significant group of fans who enjoyed the bizarre new direction Halloween Ends went in but it seems like the majority was dissatisfied and word of mouth from last weekend crippled the movie this weekend and it will probably continue to drop like a stone in the next couple weeks.

Lyle, Lyle Crocodile rounded out the top 5 with another $4.2 million.

The Per Theater average went to The Banshees of Inisherin, which took in $45,250 in each of the four theaters it played in over the weekend.