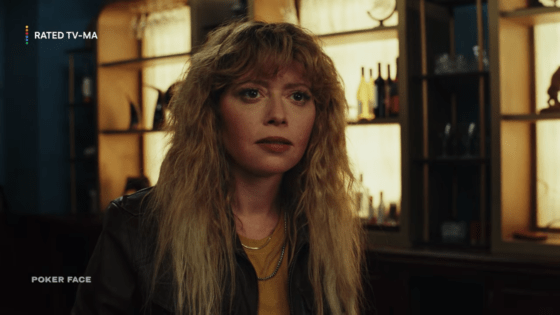 There’s the sequel to Knives Out, Glass Onion, coming up soon on Netflix but Rian Johnson is also bringing his murder mystery prowess to Peacock with the new series Poker Face.  Natasha Lyonne stars as Charlie Cale, who travels the country in her Plymouth Barracuda, solving mysteries at each stop.  She has the uncanny ability to know when people are lying, which she uses to solve the various crimes she encounters.  The show is going to be 10 episodes for its first season and it is going to be a “case of the week” style format a la classics like Colombo, so each episode is a totally new cast and mystery for Lyonne to investigate.  Adrian Brody, Ron Perlman, Lil Rel Howery, Clea Duvall, Tim Meadows, Tim Blake Nelson, Jameela Jamil, Simon Helberg, Rowan Blanchard, Rhea Perlman, and more guest star.  The first four episodes drop on January 26th and then new episodes drop every Thursday after that.  Check out the trailer below.