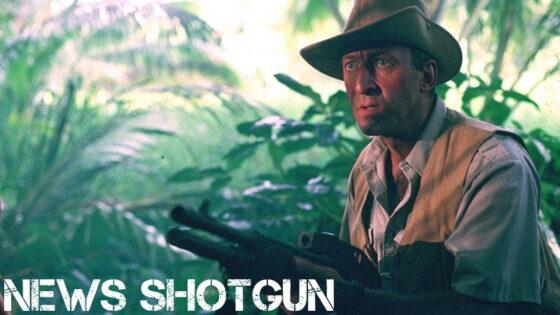 Venom 3 gets a director: Venom 3 has gotten a director with Kelly Marcel, who wrote and produced the previous two Venom movies.  Marcel will also write the script and produce on Venom 3 and Tom Hardy is set to return as Eddie Brock/Venom, although there’s no release date set yet.

Guy Ritchie sets stars of his next movie: Guy Ritchie has found the leads for his upcoming World War II spy action movie “The Ministry of Ungentlemanly Warfare” in Henry Cavill and Eiza Gonzalez.  Cavill previously worked with Ritchie on the fantastic Man from UNCLE.  The movie is inspired by true events around a secret UK unit set up by Winston Churchill and included James Bond author Ian Fleming that used unconventional and “ungentlemanly” tactics to fight the Nazis and led to the creation of modern Black Ops units.

Vision getting his own Disney+ series: Last seen in Wandavision, Vision will make his return in an upcoming Disney+ series, with Paul Bettany set to star.  The show is going to be about the new version of Vision trying to regain his memories and his humanity.  Wandavision creator, writer, and executive producer Jac Schaeffer will oversee the new show and is also overseeing the other Wandavision spin-off, Agatha: House of Harkness.

Jeff Goldblum may play the Wizard of Oz in Wicked: Universal has been working on a film version of the Broadway musical Wicked and apparently Jeff Goldblum is in early talks to play The Wizard of Oz.  Universal is looking to make a two-part film adaptation of Wicked with Cynthia Erivo in the role of Elphaba, who eventually becomes the Wicked Witch of the West with Ariana Grande playing Glinda the Good Witch.

Siegfried & Roy limited series in development: Former Las Vegas headliners Siegfried & Roy are getting a limited TV series on Apple TV+ based on the Wild Things: Siegfried & Roy podcast.  The show will follow the pair’s rise as one of the preeminent magical acts in Vegas and the lead-up to the fateful tiger attack that ended their careers.

Florence Pugh starring in the thriller The Pack: Florence Pugh will co-star with Alexander Skarsgard for The Pack, a thriller that Skarsgard will also direct.  The movie, “follows a group of documentarians who brave the remote wilderness of Alaska in an effort to save a nearly extinct species of wolves. When the crew is brought back together at a prestigious awards ceremony, tensions flare as a deadly truth threatens to unravel their work”.

Aaron Taylor-Johnson joins The Fall Guy: Aaron Taylor-Johnson has joined Ryan Gosling’s remake of the 80s TV show The Fall Guy, which will reunite Taylor-Johnson with his Bullet Train director, David Leitch. Emily Blunt was previously cast to co-star. The movie shares the premise of the TV show and follows Gosling as a Hollywood stuntman by day and a bounty hunter by night.  Lee Majors starred in the original series.

William Jackson Harper cast in Ant-Man and the Wasp: Quantumania: The Good Place’s William Jackson Harper has joined Quantumania in an undisclosed role.  The trailer for the upcoming Ant-Man sequel dropped this past week and will feature the entire Lang/Pym/Van Dyne crew getting sucked into the Quantum Realm and facing off against Jonathan Majors’ Kang the Conqueror.

TV cancelations and renewals: Starz has renewed their series The Serpent Queen, starring Samantha Morton, for an 8-episode second season.  The first season is ending this Sunday.  Over on Showtime, the network canceled their crime drama City on a Hill, starring Kevin Bacon, which is currently in its third, and now final, season.

New Alex Cross TV series coming to Prime Video: Prime Video is adding to their book-based TV shows with a new series based on Alex Cross.  Aldis Hodge, most recently seen in Black Adam, will play Cross, a detective and forensic psychologist who is able to dig into the psyche of the killer he’s pursuing.  The series is based on the books by James Patterson.  Alex Cross has previously been played by Morgan Freeman and Tyler Perry in Kiss the Girls, Along Came a Spider, and Alex Cross.

The Bad News Bears getting a TV series: CBS is getting a new take on the baseball comedy classic The Bad News Bears.  The new series follows a divorced, down-on-her-luck mom who ends up coaching a baseball team full of misfits.  Corey Nickerson, who previously worked on Black-ish, will write and produce the new series, which is partly based on her real-life experience coaching her son’s baseball team.

No Season 2 for Cyberpunk: Edgerunners: Despite the critical and fan praise, Cyberpunk: Edgerunners is not getting a second season, according to Cyberpunk 2077 developer CD Projekt Red.  The studio has said they definitely want to work with more Japanese anime studios in the future on other projects but Edgerunners was produced as a standalone, limited series.

Arkham Asylum series gets new showrunner: The upcoming HBO Max spin-off from The Batman focusing on Arkham Asylum has gotten a new showrunner in Antonio Campos, who created the true crime series The Staircase.  Terence Winter and Joe Barton were previously attached to the project and it started out focusing on the GCPD before shifting focus to Arkham.

Sausage Party getting a TV series: Adult animated comedy Sausage Party is coming back as a Prime Video original series.  The new show is titled Sausage Party: Foodtopia and Seth Rogen, Kristen Wiig, Michael Cera, David Krumholtz, and Edward Norton are all returning but will most likely be voicing new characters, as the series is described as a reboot of the concept.  Will Forte, Sam Richardson, Natasha Rothwell, and Yassir Lester are joining the cast along with the returning stars.

Green Lantern series now focused on John Stewart: Greg Berlanti’s upcoming HBO Max Green Lantern series has shifted focus and will now be a John Stewart-focused series.  The series was originally going to focus on Alan Scott and Guy Gardner and span the 1940s to the 1980s and Finn Wittrock and Jeremy Irvine were cast as the characters.  Showrunner Seth Grahame-Smith has left the project with the shift in focus to John Stewart.  There’s no John Stewart casting news or word on a new showrunner.

James Gunn and Peter Safran head of DC Studios: Warner Bros Discovery has seemed to have found their equivalent of a Kevin Fiege for the future of DC movies, animation, and TV with James Gunn and Peter Safran becoming the Co-Chairmen and Chief Executive Officers of the newly rebranded DC Studios.  The pair will oversee all creative direction for DC movies, animation, and TV shows in the same way Kevin Fiege oversees all the projects under the Marvel Studios umbrella.  Gunn and Safran have already contributed The Suicide Squad and Peacemaker to the world of DC and Safran previously worked extensively with WBD on The Conjuring series.  Both men signed a 4-year contract that keeps them exclusive to DC, so Guardians of the Galaxy Vol. 3 will be Gunn’s last Marvel project for the foreseeable future.  The pair are tasked with creating a cohesive, interconnected universe for the DC superheroes in the same way the MCU works.

Doctor Who comes to Disney+: Doctor Who has a new streaming home on Disney+, as revealed this week.  The beloved sci-fi series will begin streaming on Disney+ in late 2023, with the 60th-anniversary specials that will bring back David Tennant and the new series that will feature Ncuti Gatwa as the Fifteenth Doctor.

Tobin Bell returning to Saw: Tobin Bell will return to reprise his role as John Kramer aka Jigsaw for the upcoming Saw sequel.  The sequel will be directed by Kevin Greuter, who directed Saw VI and The Final Chapter, but it’s not clear where it will fit on the timeline or how Jigsaw will return.  The last two movies in the franchise have been the terrible prequel Jigsaw and the equally terrible Spiral: From the Book of Saw, which was a side story to the franchise.